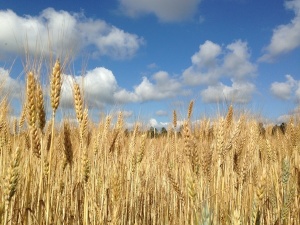 Daniel Greenhalgh, 62 of Fort Myers, FL passed away tragically on May 7th, 2020 while riding his bicycle near his home.

Born and raised in Connecticut, Dan received his MBA from the University of Connecticut School of Business and went on to create a successful business by combining his financial background with a lifelong passion for comic book collectables.

After retiring and moving to Florida, Dan began the next chapter of his life by taking a leadership role in his beautiful community. He loved his new home and with his beloved wife, Teresa, made many cherished friendships. Each morning Dan could be found sharing many laughs with the morning coffee group. Dan recently found an extreme passion for researching U.S history and Presidents, discussing his findings with anyone who would or wouldn’t listen.

A lifelong cyclist, Dan became a member of the Caloosa Riders Bicycle Club where he was lovingly referred to as “Big Dan.” He served on the board and previously managed the Ride of Silence, which honors those who have been killed or injured while cycling. The peak of his cycling adventures took him to Europe to ride behind the Tour de France race.

Dan will be remembered for his larger than life one-of-a-kind personality. He was always extremely generous in all aspects of life. From supporting U.S. troops with essential supplies, donating classroom computers and bicycles to children in need, he always looked to enrich others’ lives. He loved organizing group vacations and cruises to the Caribbean. His favorite beach was Magens Bay in St. Thomas, where he created lifelong memories with friends and family. A big sports fan, Dan loved UConn Basketball, New England Patriots and Boston Red Sox.

A devoted husband and father, Dan is survived by his wife of 35 years Teresa; mother Patricia Burleson (Lon); brother Tony and sisters Kate and Alice; and his children Tara and Jordan Greenhalgh. Dan was preceded in death by his father Frederick William Greenhalgh.

A private visitation will be held by the family. We appreciate all of our friends' love and support during this difficult time. Thank you all for understanding and respecting our privacy. Dan's life will be celebrated publicly at a later date.

To send flowers to the family or plant a tree in memory of Daniel Greenhalgh, please visit our floral store.

You can still show your support by sending flowers directly to the family, or by planting a memorial tree in the memory of Daniel Greenhalgh
Share a memory
© 2020 Gallaher American Family Funeral Home. All Rights Reserved. Funeral Home website by CFS & TA