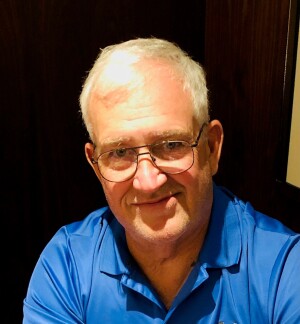 James L. Thomas, Jr., known as Jim, was born on July 22, 1952, in San Antonio, Texas, to James and Rosemary Thomas. Jim grew up in Winter Park, Florida, surfing at Cocoa Beach and playing in the lake near his family's home. Jim loved the water and it was a lifelong passion. Whether it was fishing, boating, or chasing barracudas while snorkeling with his family, he loved it all.

Jim graduated from The Citadel in Charleston, South Carolina, in 1974, where he started his military career and made many lifelong friends. He spent 22 years in the U.S. Air Force as a pilot and retired in 1996 with the rank of Lt. Col. He thoroughly enjoyed his time among the clouds, and as he often told his family when they were complaining about his driving “there are no lanes in the sky.”

Jim was stationed at the United States Air Force Academy in Colorado Springs, Colorado, twice during his career. He was the Air Officer Commanding for Cadet Squadron 29 from 1985 to 1988, where he found another one of his passions in fostering and mentoring cadets. Jim was subsequently stationed in Montgomery, Alabama; Del Rio, Texas; and Enid Oklahoma; before returning to the Air Force Academy as the Commander of the 557th Flying Training Squadron in 1992. Jim was a fierce leader with a big heart. He loved his time in the Air Force in large part due to the many lives he touched and the lifelong friendships gained.

Jim retired from the Air Force in 1996 in Colorado Springs and started his professional career in IT. Jim carried his leadership skills from the military into the private sector, first with MCI and then with EMC. Jim took pride in his professionalism and straightforwardness during his time at EMC. Jim had a big heart, and his ability to make and keep close friends with his many co-workers and neighbors is a testament to this. If you needed something, “Colonel Thomas” was always there to help. He is survived by his wife of 38 years, Lauren, and their two children Trey (Danielle), Audra (Simon), and granddaughter Lorelai.

Jim was a fighter and fought his way through strokes and cancer with the help of his family and friends. He will be remembered by those of us he cared for and the many lives he touched during his great adventure of life.

In lieu of flowers or cards we ask that you donate to the wonderful caregivers at Hope Hospice https://donate.hopehcs.org.

To send flowers to the family or plant a tree in memory of James Lester (Jr) Thomas, please visit our floral store.

You can still show your support by sending flowers directly to the family, or by planting a memorial tree in the memory of James Lester (Jr) Thomas
Share a memory
© 2020 Gallaher American Family Funeral Home. All Rights Reserved. Funeral Home website by CFS & TA | Terms of Use | Privacy Policy