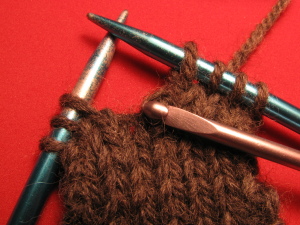 Patricia O’Neill Franklin Gildenberg  (November 30, 1949 – January 18, 2020)  was born Patricia Marie O’Neill in Jersey City, New Jersey, the eldest of five children born to Alice Kenney O’Neill and Matthew O’Neill.  Known as Patti to some and Pat to others, she was a graduate of Freeport High School in Freeport, New York.

After graduating high school, Pat soon became a medical secretary and continued her career in Arizona.  It was in Tucson in 1972 where she began working for Dr. Philip L. Gildenberg, who years later would become her husband.  Pat and Phil became inseparable throughout their many years together (marrying in 1986) as Pat continued as Phil’s medical secretary/editor, surgical statistician, and overall office manager through the rest of their careers in Tucson and then Houston, Texas.  After retirement, the couple relocated to Fort Myers, Florida.

As a descendent of a Titanic survivor, Patricia was a Titanic enthusiast.  She had a passion for life’s traditions and celebrations, which she lovingly passed down to the younger generations.  She also loved knitting, sewing, reading, cooking, traveling, and entertaining.

Pat and Phil led a quiet life at home when they weren’t traveling.  Nearly every morning they would read various newspapers together and do the New York Times crossword puzzle….and, yes, finish it…in pen.  Pat passed away just three days after Phil, her devoted husband of over 33 years, which seemed fitting to all who knew them since they were so rarely apart in life.

Patricia was predeceased by her parents, Alice and Matthew O’Neill, and son Steve Gildenberg.  She is survived by her children Xan (Chris), Ron (Rita), Laura, and Susan (Robert); six grandchildren; her siblings Eileen, Kevin (Holly), Deirdre, and Tim (Kathy); many cherished nieces and nephews, cousins, in-laws, friends and colleagues; and her best friend for decades, Nancy Simon.

To send flowers to the family or plant a tree in memory of Patricia O'Neill Franklin Gildenberg, please visit our floral store.